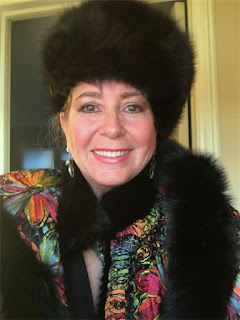 Before Nancy took off for a two-week trip to a Russian institute (which teaches telekinesis, aka, pk, to potential influencers) last Wednesday (July 31) and before she wrote her report of her Run C for the previous post, we discussed possible reasons for the excess yellow markings that obscure all results for runs A - D. We hope to make adjustments to the system to be ready for a Phase 3 run from the institute with her participation and direction.

The most likely theory I could come up with is that my Phase 2 surveillance cameras are set for maximum sensitivity and therefore should be filtered to exclude tiny, extraneous activity. If this is so, and I can reduce this over-sensitivity for a run from the St. Petersburg, then we can schedule an RPK Phase 3 attempt from Russia on my equipment.

Also possible as contributing to the excess yellow is external interference to the Internet signal either by mischievous hacking or nearby unconscious or non deliberate effects by myself or others in proximity of the equipment. Caroline (influencer D) made me aware of that possibility before she made her run in mid June.

This will require the following:

1. Review Nancy's log for deliberate RPK attempts and compare them to the DVR video record to detect any deliberate remote movement of the three target objects.
[Updated 8/5 Note: on Sunday (8/4) scientist friend Ed Storms came over from Santa Fe to help me access the video record for all the Phase 2 runs. I was able to watch carefully camera 2 (CH2) record of Nancy's last run C attempt on the morning of May 24, but saw no obviously visual evidence of target movement, notwithstanding there was much yellow on the accompanying green band beneath the video window. I will have to view the rest of her CH2 video record at a later time, but for now we don't yet have the quality of evidence we were hoping for.]

2. If the kind of movement we are looking for is detected (it wasn't yet) and documented, then I will adjust the cameras (CH1 & CH2) to a low sensitivity and perform a calibration jump to assure the cameras pick up only visibly obvious target movement. The yellow markers should then correlate only with visual detection of object movement. I am not interested in what appears to be tiny PK effects evidenced by the recent yellow markers, but only those I am calling "massive". I say this with the original RPK Phase 1 run with Jack Houck in mind (2009) as well as Kyra's (Influencer A) singularly successful strike during her July 2015 run.

3. Prior to a potential Russian Phase 3 run, I will make a 24-hr pre-influencer run so that no false positive or extraneous yellow markers (except for deliberate calibration jumps) appear on the green ban of video record. The third room observational camera will remain as is, and we will ignore the expected excess yellow stuff from it.

4. If the above results are positive (not yet), I will set the DVR and cameras to capture scheduled, appropriate movements, without being connected to the Internet. (This is to avoid hacking or external mischief, assuming all influencers are experienced RVers and astral travelers, which was the original intention of the Phase 2 design.)

4.1. If desired, we can arrange a live Skype viewing of the DVR monitor during a Phase 3 run, as Nancy requested for her Phase 2C run. This would avoid any Internet interference with the DVR, but still allow potential influencers a real-time biofeedback option.

If Nancy, et al, at the St. Petersburg institute are willing to attempt a Phase 3 run with this lack of yet-to-be-manifested evidence, before she returns to the US, I will proceed with steps 3  and 4 above....

Perhaps I can manage to make a 24-hr null run sans Internet in the next few days, in anticipation of a Phase 3 attempt of any kind. Stay tuned....

Less than 2 hours after this post, Nancy read and replied from St. Petersburg:

5 Aug, 2 PM. NdT:    Thank you Eugene. I appreciate your blog comments and photo!! I have tried to broach the topic of the RPK experiments with Natalia on the first or second day of training. She has remained consistently uncommitted and says it can be discussed later. I am thinking that if she doesn’t want to be involved that perhaps Chantal (my friend and colleague here with me) could perhaps try to do this in our “spare” time after training ends st 4 or 5 pm. Our training is extremely vigorous physically and energetically and we get homework every day! Probably 8 pm our time would work best as far as I can tell. There are no other students with us doing training at the Institute. We may hopefully go to the retreat for next week but she has also been ambiguous about that too for reasons I don’t understand. Anyway please continue to set up the experiment and suggest some time frames for influencing.  I will keep you updated on her response.

5 Aug, 3 PM, ENK: I find Nancy's comments encouraging enough to set up a schedule for Phase 3. Lest there be readers with less than supportive intentions reading this blog, I will keep the details of the run confidential between her and me until after its completion.

In the meantime, I have the following suggestions to make for potential or interested influencers to keep in mind in terms of developing an upgraded protocol. A new friend and author of "Searching for mind over matter" calls them his "recipe" which he has developed over many years of success in healing himself and other creatures (beginning with a racoon injured by road traffic, which he stopped to help with a fellow healer). Here is Larry's recipe in order of importance:

One would need to read his book (available on Kindle) to better understand his terms, which I won't do here. Suffice to say there may be something fundamental in terms of attitude and approach that can be folded into our current RPK protocol. Interested active and potential influencers are invited to consider and offer suggestions on how to do this.